skip to main | skip to sidebar

when i say nipple height i mean it...we were both soaked and somehow were dressed exactly the same, which probably took some of the attention away from the fact that we didn't have real bracelets. the beer festival was pretty sweet and we spent a good two hours drinking as much as possible...my favorite was the "up the creek extreme ipa" which clocked in at an awesome 12.5%. having already been tipsy, drinking three of these put me over the edge. when we got back towards home i grabbed the phoenix pale ale which had been sitting in my room...it was horrible, but only because it was so warm. i've had it before when chilled properly and it is awesome so please get it to a reasonable temperature if you are gonna shotgun it. 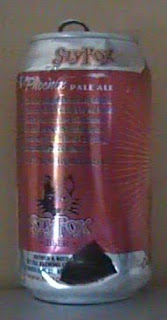 Posted by twoholesarebetterthanone at 1:21 PM

twoholesarebetterthanone
365 days was too easy!
i'm taking this past the one year mark. follow me on my quest to shotgun every can out there!

it's not too late to contribute! i'm going to do my best to find every can in current existence...i sure could use some help!

we can be internet friends

Two Holes Are Better Than One